You are here: Home » Press Launches » Your shopping could take you to the Rio 2016 Olympic Games

Visa Europe, a worldwide sponsor of the Rio 2016 Olympic Games, has previously announced a grand prize give-away, worth approximately €25,000. One Visa cardholder could be in the chance to win a four-night packaged dream-trip for two to the upcoming Olympic Games in Rio, Brazil.

The winner and their guest will fly in August from Malta to Brazil. Throughout the course of the trip the winner and their guest will experience the opening ceremony in vibrant Rio de Janeiro as well as two pre-selected events, including a football game, hotel accommodation, daily breakfast Ground transport between the hotel and sporting venues will be provided to make access to the Olympic Games as easy and stress-free as possible. On-top of the thrill of experiencing the Olympic Games first-hand, the winner will get treated to a complimentary tour of an iconic Rio landmark. After a whirlwind and memorable four-nights at Rio marking the adventure of a life-time, the winner will be flown back to Malta to share their experience of the Olympic Games with everyone back home. 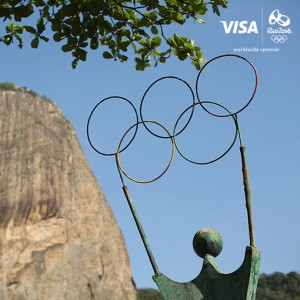 To enter the grand prize competition, all local Visa cardholders need to do is to shop with their Visa card locally between the 15th April 2016 and the 15th May 2016 to be automatically entered into a competition. The winner of the competition has to answer a question correctly to be awarded the prize..

The more a participant uses their Visa debit and credit card locally, the more chances they’ll have of winning! Visit visa.com.mt for more information.