You are here: Home » Sunday Opinion » After all that fighting, now what?

Pictured above: During the long hot summer of ’98, Mintoff was given extensive coverage on Net News

By the time you read this on Sunday morning, the two candidates who have been shortlisted for the PN leadership will be known. The final two men standing will then face off in the second round of elections on 16 September in which all card-carrying members of the Nationalist Party are eligible to vote.

After the dust settles following this summer of discontent, whoever is chosen to lead the PN will have ahead of him a task which will surely test his mettle. For, how do you mend fences and reach out to people who were campaigning so ferociously against you? We have witnessed months of pubic bickering and openly dirty tactics which have left many of us astonished by just how deep the fissures and cracks in this once unbeatable party, ran. As we tell each other whenever the conversation comes up – we knew it was bad, but we didn’t realise it was THIS bad.

On the either hand, readers who avidly follow political news will recall that this is not the first time that a long, hot summer was overtaken by equally heated political infighting. It seems to come in cycles as one party zooms up the popularity stakes while the other is left to fall apart and lick its wounds.

Let’s do a throwback to almost 20 years ago.

The summer of ’98 will long be remembered for the open hostility between the then Labour leader and Prime Minister Alfred Sant and the Labour party’s iconic former Prime Minister Dom Mintoff, who by that time had been relegated to being a mere backbencher. Practically from the beginning of his premiership, Sant had Mintoff snapping at his heels at every turn, criticizing every decision he made.

It was like the clash of the Titans: two hard-headed obstinate men, both of whom had their own ideas of how the Labour party should be led, and neither of whom wanted to give an inch. For Sant, it was the supreme test of whether he would be able to be the true leader of a rejuvenated party turning its back on ‘Old Labour’, or whether he would simply allow himself to be dictated to by the man who was held in reverence by many Labour supporters, so much so that they did not define themselves as Laburisti, but as Mintoffjani. For Mintoff, Alfred Sant was an upstart who was taking the party, “his” party, into another direction and what was even more galling, was not relying on any Mintoffian advice, let alone allowing him to pull his strings. Things came to a head over plans to regenerate the Cottonera yacht marina – an area which was Mintoff’s own home ground.

He accused Sant of causing the party “to lose its soul”, while Sant tied the vote on the project in Parliament to his own political future. With just a one seat majority this was a bold, but very risky move, and sure enough Mintoff voted against the motion, effectively bringing down the government as Sant asked for a vote of confidence by calling for fresh elections. He claimed, quite understandably, that he could no longer govern in such circumstances and that he refused to be threatened any longer by Mintoff.

The early election in September of ’98 was preceded by a whole summer characterized by Labour in-fighting and factions drawing lines in the sand as those who supported Sant squared off against the Mintoffjani. Words like ‘betrayal’ and ’traitor’ were exchanged and all the while the country was witness to the bizarre sight of Mintoff being given extensive airtime on Net TV, which was, let us say, not too unhappy about this turn of events. We all know how it ended: Sant lost the election and the PN (probably unable to believe its luck) found itself back in power after a mere 22 months and would go on to win one election after another until 2013. There were many reasons for Labour’s persistent failure at the polls, among which were Sant’s own failure to listen to his own supporters when they were clearly showing him that they wanted EU membership (many Labour voters for the first time in their lives voted PN or AD precisely because of the EU issue).

The Labour party was being pulled in a thousand ways, but as time has shown, while it had plenty of vicious political enemies, its greatest enemy at the time was itself. A party divided can never win an election. The knives were out and the different factions almost succeeded in finishing off the party in the ensuing bloodbath.

When looking up the chronology of how things unfolded, I was almost startled to realise that it would be another ten full years before the impossibly young Joseph Muscat came along and won the Labour leadership race in June of 2008. Remember how he was met with derision when he cheekily claimed in an interview that he would become Prime Minister by the time he was 39? Labour had such a lot of baggage, such a lot of negative history that it almost seemed impossible to fathom that it could ever be trusted again by the populace and be elected to government.

But one of the first things Muscat did as soon as he was elected Opposition Leader was not to reach out to voters, but to set about healing the party from within. He invited all the different factions to the Labour headquarters for a symbolically significant general conference which was televised live, and appealed for unity and the setting aside of differences. Most tellingly, he invited all the ‘old-timers’, former MPs from the Mintoff years, many of whom had felt discarded and ignored by the Sant administration. Corny as it may have sounded, he spoke about love and forgiveness to the Mintoffjani and to the new Labour types. and it worked. He knew that the only way the unelectable Labour party could ever hope to get back on its feet was if its members stopped fighting and turned their collective energies on beating the PN, instead. 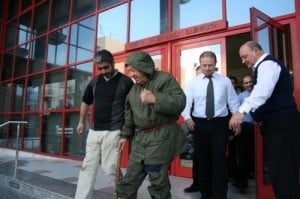 After all, when a party splits into different camps, expending its energy on fighting off adversaries and ‘enemies” within it own structures rather than its real political opponents from the other party, it can only mean that it will be consigned to the Opposition benches for that much longer.

Of course, there were other factors which contributed to Muscat’s success, most notably the inevitable question of timing. As one political commentator, Kevin Lees, noted following the Labour 2013 victory on the website www.suffragio.com:

“Has Muscat landed at a fortuitous time in Maltese politics? The Nationalists are a spent force ten years after EU accession, the unpredictable Alfred Sant has been exorcised from the new Labour tableau, and the perception of the ‘clique’ at the PN’s Stamperija and Castille has been amplified so much, that the fin-de-siècle odour is too strong to ignore. Enter the politics of the air-freshener.”

So, is this the time for the PN to have its own air freshener, or will it stick to what is safe, tried and tested for the time being? At this point, now that we know who the two shortlisted candidates are, we will already have a good indication of how to answer that question. But no matter who it is, whoever goes on to clinch the leadership would do well to take a leaf out of Muscat’s book and look inwards first, to repair the extensive damage caused during this long, hot summer. Like a couple locked in a dysfunctional marriage, too many harsh words have been spoken, too much ugliness has been exposed for the public gaze revealing that what seemed to be a picture perfect image was based purely on flimsy gloss.

Only after it has re-built the shattered pieces of the party, making it sturdy again, can the PN hope to be the truly effective Opposition which the country requires.