You are here: Home » Something to say » YOU ARE NOT FAMILY 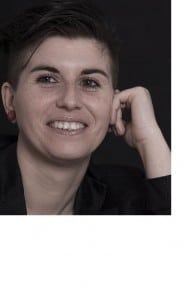 Marlene Vella has  Something to Say about the new cohabitation law

Maryanne and Peter have been living together for 20 years and have two children, ages 8 and 10.

Paul and Alexander have been living together for seven years.

Claire has adopted a two year old girl and is raising her with her partner Angela with whom she has lived for four years.

Francesca and Peter have a three year old son but prefer not to get married for the time being.

I have learnt a thing or two about the current government since I wrote this:

The above groups of people are not families.

Tomato fighting is culture and worthy of central government funding and much pomp.

Consultation on 9 pages of uneven and unequal dung called the Rights and Obligations of Cohabitants’ Act, 2012 is open until 30 September 2012.

After reading the proposed law and press release, my initial reaction was as if the government had opened a new grocery store and you showed up with your same (or opposite) sex partner but are only allowed to ask for 200g of the right to family.  Yet your tax bill remains unchanged.

There are no two ways about human rights, you either stand for them or you don’t.  There is no such thing as having a right to family without having the equal choice and legal provisions of setting up one.  And just to make the painfully obvious clear – human rights belong to humans not the ‘state’ or the ‘country’ or the ‘majority’ or the ‘minority’ for that matter.  Human rights exist precisely to protect us as individuals from such groups or entities, including political parties and governments.

James Debono provides a thorough analysis as to why this law will institutionalise inequality further.  I would only add that what the government’s statement effectively says is that those heterosexual couples who out of choice have been living together for 25 years and have children who are minors are not a family either.  Are you seriously telling us this is what we have been waiting for?  What a way to articulate the future of family policy.

The very guiding spirit behind this law is prejudiced and classist to say the least.  It’s another prime example of the kind of agendas dictated by crass ignorance and fear. Following in the pattern of the opposition to divorce and the other highly restrictive Embryo Protection Act, it does nothing but stigmatise further those families that do not conform to the conventional model of man-woman-biological-children.

But perhaps the worse part of it all is that it’s all shallow and cheap electioneering tactics pandering to that sector of society where homophobia is alive and well.   The government has once more given in to common ignorance and shown itself to be weak by being so meticulously calculating with the right to family, despite all its rhetoric on strengthening families.  The same arguments against gay marriage have been used and failed against inter-racial marriage.  The truth is that gay marriage will not lead to weakening marriage as much as it will not lead to Armageddon or global warming.  How can two men or women weaken the relationship between another man and woman by marrying?

Whether or not a family unit is composed entirely of Maltese or European citizens, as things stand it will remain easier to bring a cat or dog to Malta and have peace of mind for their canine welfare than if you had to bring over a child.  It is a fact that animals and fridges enjoy far more freedom of movement in the European Union.  This cohabitation act doesn’t provide anything a couple (who may not even live together in the same dwelling) can’t already access by mutual will at their notary’s office.  This is why this law reduces relationships and family units to a mere contractual transaction while they will continue funding through their taxes the privileges of those who are worthy in the eyes of a prejudiced state.  What is everybody’s right continues to be transformed into a privilege.

If the minister were sport, I wouldn’t mind dissing my waste conscious efforts for a day and toss a few rotten pseudo cultural tomatoes around.  It’s nothing compared to the low grade manure on offer from the world at large on a daily basis for lesbian, gay, bisexual, transgender and intersex (LGBTI) persons.  Article 12 of the proposed law includes a clause stating that the registered ‘civil cohabitation partnership’ would cease when one of the cohabitants marries a third party.  I am not quite sure whether this means that it would be perfectly legal to go off and marry someone else without notifying your ‘registered cohabitant’.  In the case of gay couples it’s not like they will rush off and marry someone of the opposite sex in Malta now will they?  This is also the first time I have come across the term ‘civil cohabitation partnership’.  Generally civil partnerships provide the same rights and obligations as marriage (less having access to the institution of marriage), and the last thing you’re allowed to do is go off and marry a third party.

Furthermore why do we continue to oppose adoption of one’s partner’s children – in life – when protection is being sought in the case of one partner’s death or end of the relationship?  The draft law does not even go into or refer to joint tax computations.  More to the first class families.

LGBTI people are valued elsewhere, so what’s wrong with Malta?  What have or will LGBTI persons rob from anyone if the institution of marriage was opened to same sex couples in Malta?