You are here: Home » Events » Improv and comic timing 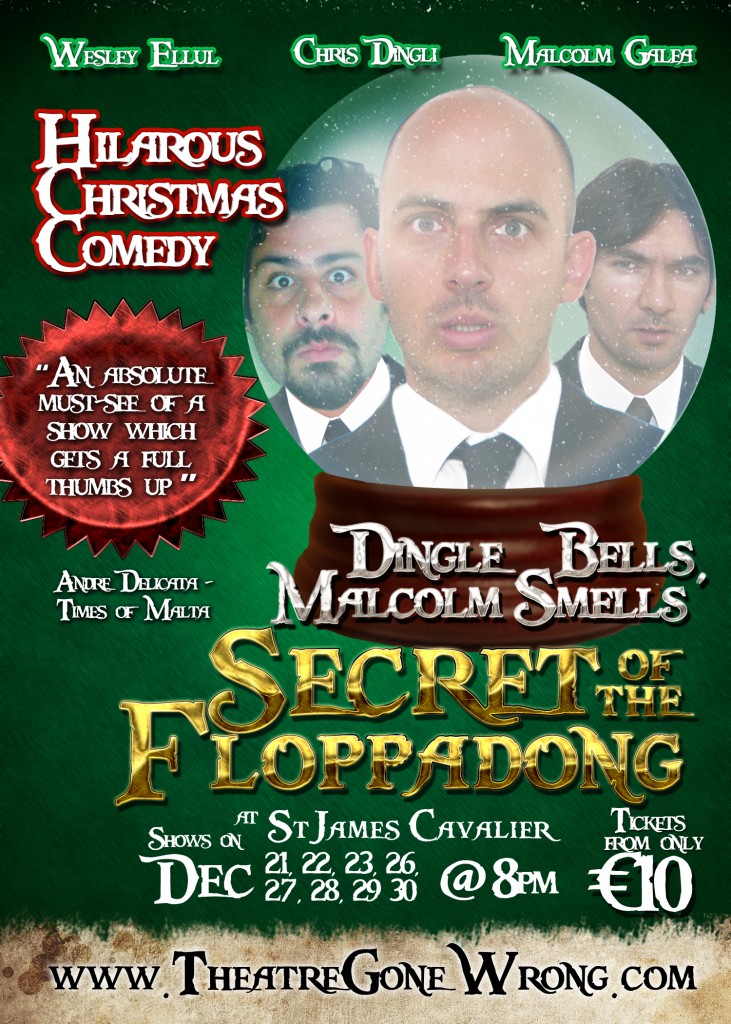 Now imagine that the hundred people you are standing in front of have paid money to hear you say the first thing that pops into your head, and that they expect it to be funny.  What do you say?

There’s no time to think about it, just say the first thing you can think of (but make sure it’s funny).  It’s difficult, isn’t it?  Have you ever made a hundred people laugh at the same time?  Could you make them laugh without thinking about what you’re going to be saying?  You probably can once, twice – a few times even.  What about a whole hour or 90 minutes or a week or two?

This is what actors and friends Malcolm Galea, Chris Dingli and Wesley Ellul do every year at Christmas.  They book a theatre and invent stuff.  The result is something called Dingle Bells Malcolm Smells and it’s electrifying.

Improvised comedy is something of an unknown art in Malta.  These guys are one of the few (if not the only ones) that do it, and they do it very well.  So well in fact, that they have managed to sell out every show they have ever done.  How do they do it? 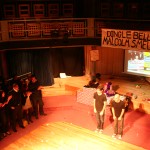 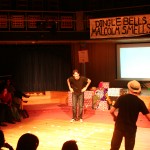 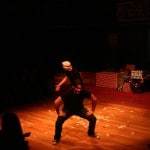 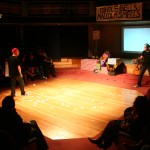 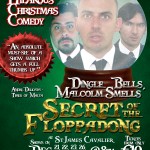 “Timing, trust, self-belief and a beer before going on stage!” says Galea.  “You’ve got to be able to trust your instinct”.

That’s all well and good, but how do you manage to go out and make hundreds of people laugh every day for three weeks?

Dingli offers an explanation.  “It’s improvised, but that doesn’t mean that we don’t prepare for it.  We set up the story of the show so that we’ll be put into situations that are fun to watch. The more you do it, the more your instinct gets to know what people find funny and what they don’t”.

Does that always work?  “Most of the time!” says Ellul, who has directed previous editions of the show.  “Very often it’s hard to keep a straight face.  The jokes in the show are as funny to us as they are to the audience because we’re also hearing them for the first time.  The only difference is that we need to keep talking!”

So does that mean that improvising is actually fun?  “Of course”, says Galea.  “We put in a lot of hard work beforehand, but on the night we have a blast.  If we’re enjoying it, our audience does too!”  Very true and judging from the public’s reaction to past editions of the show, they’re enjoying it tremendously and will continue to enjoy it for much longer!

Dingle Bells Malcolm Smells: The Secret of the Floppadong is showing at St James Cavalier from 21-23 and 26-30 December.  Tickets are selling fast.  Visit www.theatregonewrong.com for information about group discounts, chances to win tickets and other information.