You are here: Home » Events » A science-transformed Valletta

Photo above by Elisa von Brockdorff

Over 28,000 people were estimated to have celebrated European Researchers’ Night at this year’s Science in the City festival, making it the most successful event to date.

Countless people met the hundreds of students from Malta’s higher education institutions, talking about science, linguistics, art history, health and many other topics. Researchers held many one on one discussion about their work and the possibility of a career in STEAM (Science, Technology, Engineering, Arts, Mathematics). To show that science impacts many other aspects of our society, NGOs, industrial scientists and government employees discussed the necessity of research to make their work effective. 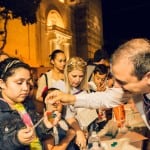 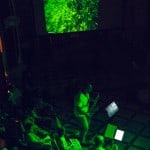 Jazz for the Brain by Elisa von Brockdorff 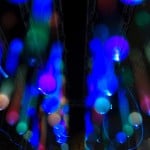 The festival will soon be opening calls for partners and proposals in the run up to yet another Science in the City 2018!

The Science in the City festival—European Researchers’ Night is supported by the European Commission’s Research and Innovation Framework Programme Horizon 2020 (H2020, 2014–2020) by the Marie Skłodowska-Curie actions. The event is organised by the University of Malta, Malta Chamber of Scientists and the Research Trust of the University of Malta, in partnership with the Ministry for Education and Employment, Parliamentary Secretary for Financial Services, Digital Economy and Innovation, Jugs Malta, Studio 7, MEUSAC, MCST, Esplora, Valletta Local Council, Malta College for Arts, Science and Technology, PBS, BPC International, Notte Bianca, Spazju Kreativ, Pjazza Teatru Rjal, the AquaBioTech Group, the Central Bank of Malta, Wasteserv and a number of other partners. The festival has been recognised by EFFE International Jury to receive the EFFE Label 2017–2018.