You are here: Home » Volunteers » Europe has a duty to ensure children are not lost in migration

Missing Children Europe’s new secretary general is calling on EU member states to develop a sustainable, long-term solution to protect children who arrive at European borders, ahead of a top international conference in Malta tackling children lost in migration.

Aagje Ieven (pictured above) said the inefficient cooperation between countries and the shortcomings of national asylum and child protection systems led children to mistrust the current systems and seek out dangerous solutions to reunite with their families, have access to a better quality of life, or simply stay safe.

Ms Ieven is urging European leaders to address the lack of solidarity within Europe and to introduce a relocation mechanism following disembarkation.

“Negotiations on the replacement of the existing Dublin system have been stuck for months as governments seem unable to come to an agreement within the European Council — we can no longer delay the introduction of better cooperation mechanisms when children arrive at European shores,” Ms Ieven said.

Ms Ieven, together with high-level European, UN and African representatives, will be in Malta this week for the third edition of the Lost in Migration Conference: Global Strategies and Political Commitments, being held at the University of Malta Valletta Campus between February 20-22.

Organised by the President’s Foundation for the Wellbeing of Society and Missing Children Europe, this conference is geared to look beyond Europe towards the full migratory journey of the child.

“As a society, it seems we are still unable to see that those stranded in the Mediterranean are children first and foremost. We dehumanise these children and neglect their basic human rights because they are foreigners. If they were European, it’s doubtful we would accept situations like these,” Ms Ieven added.

“It is worrying that these children are being used as political leverage against other EU member states, and to campaign in view of the upcoming elections.”

“Europe was no longer dealing with an ‘emergency’ as the number of arrivals has dropped. It was now time to ensure that national asylum and child protection systems worked, through compliance with existing asylum and human rights law.

“In this way, children’s best interests will become central in every decision impacting their future.”

Current data shows that over 30,000 unaccompanied children went missing between 2014 and 2017 and Dr. Ruth Farrugia, director general of the President’s Foundation, said Europe had a collective responsibility to protect all children.

“National reports show that children continue to go missing due to poor conditions in some reception centres, lack of information on their rights and options, slow and complex procedures for protection, lack of training for professionals in contact with children and lack of coordination at national and cross border level,” she said.

“When it comes to Maltese children, we are galvanised into action to seek out and protect every single missing child — but all children deserve the same degree of protection.

“We hope that in view of this year’s European Parliament elections, politicians will explicitly commit to the protection of children caught up in migration in Europe and on bringing forward the conference recommendations when elected,” Dr Farrugia said.

Child protection, she said, must start as soon as a child leaves their home and continues when in transit, at every stage of the journey, if countries are really bent on reducing the risks children face.

The conference brings together several stakeholders who hold these responsibilities towards children across their journey and includes experts, decision-makers, frontline professionals and young advocates from European and non-European countries.

The third edition of the conference also takes place at a time when the scene will be dominated by the political campaigns leading to the MEP elections and represents an important opportunity to make sure children’s rights are high on the political agenda. 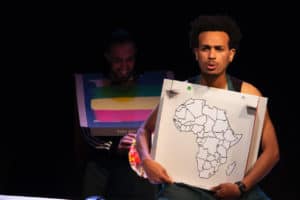 As part of this conference, the President’s Foundation has also secured the participation of Phosphorous, a theatre group from the UK composed of four young men who were themselves, asylum-seeking children. Their play, Pizza Shop Heroes, will be performed during the conference, with two free performances for the public on February 21 at Spazju Kreattiv, Valletta.