Charlton Debono and Michelle Vella Wood, both from Malta won the 10K race in the general men and women category in the first Global Run Valletta (GRV) on a breezy Sunday morning which saw more than a thousand people of every age and fitness level run or walk along the stunning coast of Valletta, in aid of the charity Puttinu Cares.
Charlton Debono completed the 10K circuit in 00:33:32, whilst Michelle Vella Wood clocked at 00:41:57. The 5K run was won by Piotr Mielewczyk in 00:16:12, whilst Josanne Attard Pulis clocked at 00:20:39. The Parliamentary Secretary for Research, Innovation, Youth & Sport, the Hon Chris Agius presented the top awards. Also present was the Ambassador of Turkey for Malta, His Excellency Reha Keskintepe. 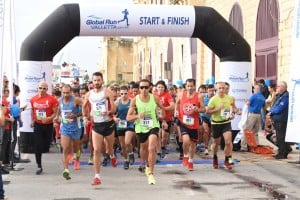 There were 78 other winners from various categories who took home prizes ranging from Garmin running watches to iPhone 7s. Every participant of the GRV 10K and 5K race and the 5K walk received a medal especially minted for the occasion. All participants also received custom designed shirts and the specially designed Global Run Valletta bag.
The top five winners in the general category for 10K and 5K were: 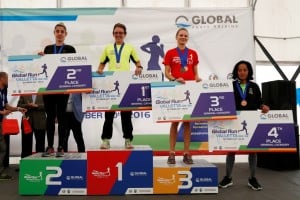 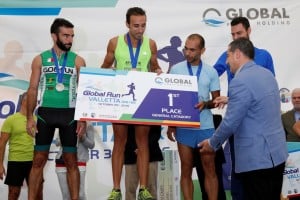 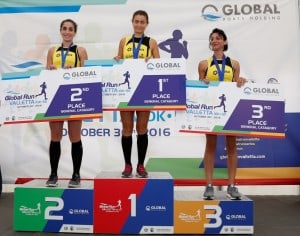 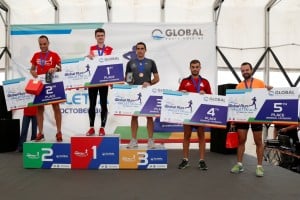 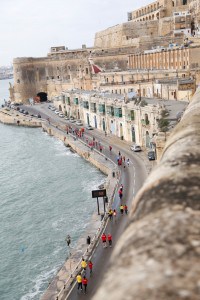 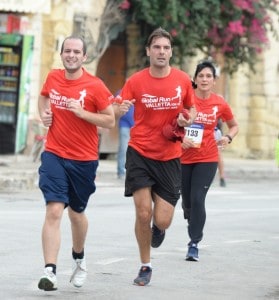 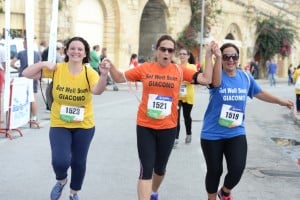 The top three winners in the age categories of 18-29, 30-39, 40-49, 50-59, and 60+ for 10K and 5K (men) and 10K and 5K (women) can be found on www.globalrunvalletta.com
Earlier, a road race inspired by Valletta and named after it, turned the capital into an open-air circuit setting the mood for a run in challenging conditions.
All the monies raised through registrations were donated in entirety to Puttinu Cares who have previously announced to use the funds towards the construction of a brand new housing project in central London to accommodate Maltese families with children suffering from cancer.
At the electrifying starting line in Valletta Waterfront, Global Run Valletta 2016 participants, friends, families and spectators also had the opportunity to take part in exercise challenges offered by Cynergi Health & Fitness Club.
“The first Global Run Valletta celebrated not only the potential of Valletta as a world-class capital, inviting thousands of sea passengers every week to its shores, but also honoured the outstanding talent of runners. Kudos also go to walkers and to all those who made the event such a resounding success,” Stephen Xuereb, Chief Operating Officer of Global Ports Holding and Chief Executive Officer of Valletta Cruise Port.
Global Ports Holding is the world’s largest cruise port operator with a portfolio that spans 13 cruise and commercial ports in the Mediterranean, the Atlantic, and the Southeast Asia in eight countries. The Valletta Cruise Port was welcomed into the GPH family in 2015 and joined such destinations as Barcelona, Venice, Malaga, Dubrovnik, Lisbon, Antalya, Kuşadasi, Bodrum, Ravenna, Cagliari, Bar, and Singapore.
Valletta Waterfront is the jewel in the crown of VCP with an array of shops, cafes, restaurants, offices and other amenities set in the beautifully restored 18th century warehouses stretching along the eastern flank of the Valletta peninsula.
Meanwhile, those participating in the Global Run Valletta 2016’s dedicated photo competition ‘GRV – Sports & Tourism’ can submit their photos of the race and the walk by Friday 4th November 2016 at 12:00 (Malta time). Prizes include cash awards and certificates while the top entries may be featured in an exhibition. Entry and consent forms may be obtained from  www.globalrunvalletta.com/photocompetition
Latest on Global Run Valletta 2016 can be followed on facebook.com/globalrunseries and instagram.com/globalrunseries