You are here: Home » Press Launches » INTRODUCING ‘THE SARTO LIFE’

The Malta-based luxury retailer SARTO has launched a special campaign to mark its fifth anniversary. Entitled ‘The Sarto Life’, this campaign expresses the emotion and history of the prolific brands exclusively represented by SARTO, albeit adding a distinctive Maltese flavour. The narrative positions Malta at the heart of the campaign and tells the tale of the most glorious summer, through four key quintessential Maltese themes:

‘The Sarto Life’ was shot at various locations around the island namely Villa Arrigo, Cafe del Mar, ll- Kalkara and Il-Birgu and is being headlined by none other than the celebrated Hungarian model, Misa Patinszki. Misa is a favourite of the great Domenico Dolce & Stefano Gabbana, and has starred in a number of their campaigns and runway shows. Prior to becoming the face of SARTO, Misa has also worked with Bottega Veneta, Hugo Boss, Jean Paul Gaultier, Ermengildo Zegna, Thierry Mugler and Dsquared2, and has featured in mammoth fashion publications such as Vogue, L’Officiel Hommes and Wonderland.

Also starring in the campaign is Corina Corduneanu, whose charisma and exotic features not only complement Misa and the Mediterranean feel of the campaign, but have helped her secure an impressive CV, having also worked with Dolce & Gabbana. Model Stephanie Hodgkins, who comes across as somewhat ethereal in the campaign, is well-known to the Maltese public for her extensive contribution to local industry; Stephanie has recently made her return to the fashion world after giving birth to a baby boy. Completing the line-up are Pedro Jorge Lemmos, an international Portuguese model who has previously walked for SARTO, and the dashing footballer Michael Johnson who plays for St Andrews FC. 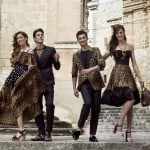 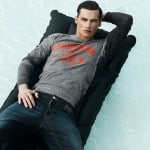 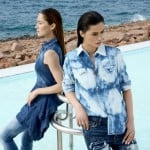 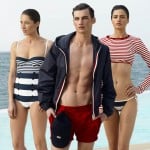 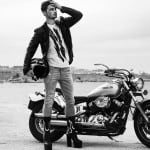 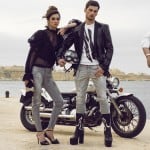 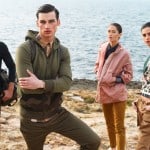 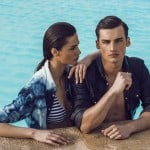 The campaign was shot by renowned Maltese photographer Kris Micallef who is without one of the country’s great undisputed artistic talents. Belgian Fashion Director Eli van Poeyer who has worked for Marie Claire, InStyle, Glamour and Cosmopolitan and has styled the likes of Rihanna, was responsible for coordinating the looks and wardrobe. Hair and make-up was in the hands of Remi Hairdressing and Chris Simpson respectively.

As part of the campaign’s in-store activation, the scenes depicted in the campaign images are being

recreated in the SARTO window through a series of installations custom made in Rome. The public may now view the first showcase “It-Tieg” (The Wedding), which features pieces by Dolce&Gabbana, Burberry, Jimmy Choo and Alberta Ferretti, floral creations by Il-Qronfla and of course visuals of the stunning Corina Corduneanu and Misa Patinszki.