Most city buses in Valladolid, Spain, operate with autogas (103 out of a fleet of 150 vehicles). Aiming at contributing to the environment, sustainable mobility and reducing air and noise pollution in Portugal, Spain and Italy, Goldcar – the company specialising in holiday car rental – is extending its offering with new LPG-fuelled vehicles. In the case of Italy, it is worth mentioning the progress of this initiative, especially with the addition of autogas cars in cities like Rome, Venice, Turin, Bologna, Treviso, Palermo and Catania.
With over 4.3 million cars, Turkey has the largest LPG-powered vehicle fleet in the world.  The Turkish market is growing steadily with an annual increase of 9%. Taxis in Japan are LPG-fuelled. From 2018, all new hackney carriages in London will have to be zero-emission capable as part of the city’s drive to reduce air pollution. The French government has established a new classification of vehicles according to their level of air pollutant emissions, and autogas operated vehicles have been recognised as being among the least polluting.
Across Europe, LPG is consolidating its role in energy transition and leading to a more sustainable road transport. Italy, with its second-largest autogas market in the European Union after Poland and the sixth-largest in the world, has just launched another incentive scheme this month with contributions of up to €1,000. More than 670 Italian communes are eligible for €1.8 million each.
The available contribution includes a benefit of €500 for installing LPG systems in petrol-fueled private vehicles, however the new scheme’s salient point is the contribution increase to €750 if an LPG system is installed on commercial vehicles of Euro 2-3-4-5 standard. 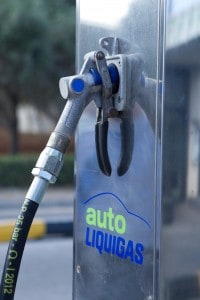 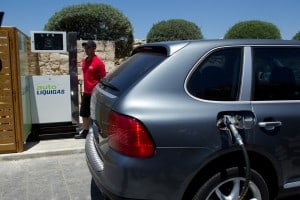 While increasing the perception of autogas as a high performance motor fuel through sustained education campaigns is important, it has been found that what substantially drives further the conversion increase in autogas-run cars in these countries are the government or regional monetary benefits and incentives including favourable fuel taxes, traffic regulations where access to urban cores is seriously restricted to non-autogas operated cars, and incentives for new LPG-powered vehicles or car conversions to LPG.
Targeting incentives towards commercial fleets, and those that are diesel-operated, has been found to diminish air pollution. An increasing number of European companies are discovering that soon there will be no good reason to opt for diesel engines. There is no price differential over petrol, diesel produces as much if not more harmful pollution in the form of particulates, while a diesel car or van for commercial use can also be much more expensive to buy and run than the petrol option, whether the diesel-operated cars are new or used.
Wising up, these companies are buying the cheaper petrol vehicle, reducing the cost of replacing things like starter motors, and suffering none of the other disadvantages. Buying the petrol version and saving more on the initial purchase price by converting and running the commercial vehicle on LPG is beginning to make more financial sense, while avoiding further penalties that sooner or later will come into force as the continent tries to tackle harmful car emissions and noise.
Ends