The Valletta-based hotel group IBB Hotel Collection, which the other week announced the restoration and renovation of Senglea’s iconic Maċina Bastion to become the first exclusive Cugó Gran hotel in Malta, stated that work on the IBB Hotel in the German city of Ingelheim is progressing according to schedule. The hotel, the eleventh one forming part of the IBB Hotel Collection, is being built in the new center of the historic town on the Rhine, and set to open in June 2017.
Vladimir Saal, Managing Director of the hotel group operating in Austria, Spain, Germany, Poland and, soon also in Malta, said: ‘’With the highly active metropolitan region Mainz, Wiesbaden, and Frankfurt at the door, Ingelheim is an excellent location for a hotel of the IBB Hotel Collection. With the local companies and wine tourism in the emerging region of Rheinhessen, the city has a constant demand for hotel rooms.”
Situated next to the new cultural and entertainment venue kING and not far from the Ingelheim railway station, the IBB Hotel Ingelheim is a modern city hotel which will attract business and private visitors from the city and region alike.
With 103 rooms and six studios, the IBB Hotel Ingelheim presents a casually elegant ambiance, with natural materials and stylish furnishings combined with trendy colours such as warm reds, earth tones and fresh green. The studios are 32 to 34 square meters large. 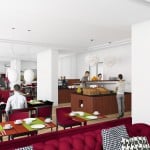 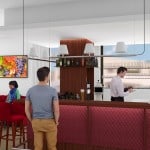 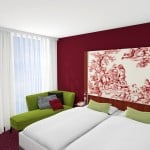 On the upper floor, the hotel will have a bar – lounge that serves both breakfast and bistro dishes, besides offering breath-taking views of the city. A meeting room with a fixed boardroom technology, and a gym for hotel guests complete the offer. Furthermore, the hotel is located in the vicinity of two spacious conference facilities, the new kING cultural and entertainment venue and the ICC Media Conference Centre.
Operating from its headquarters in Valletta, the IBB Hotel Collection is part of the Von der Heyden Group. Currently, it operates ten hotels in Austria, Spain, Germany and Poland, with another two hotels, namely Cugó Gran Maċina Grand Harbour in Senglea and IBB Pjazza Merkanti in Valletta, opening in mid-summer 2017 and January 2018 respectively. The latest hotel openings have been the IBB Blue Hotel Berlin Airport near Berlin’s Schönefeld airport and the 4Rest Hotel Hall/Innsbruck in Austria.
The portfolio includes business and resort hotels in the three-, four- and five-star category. Providing leasing, management and franchise contracts and invests in attractive operator free properties, the hotel company has ambitious growth plans, focusing on the countries where it is already active.