You are here: Home » Press Launches » IBB celebrates opening of legendary Macina in a new avatar

IBB Hotel Collection, an international leader in bespoke developments, celebrated the opening of the legendary Macina as Cugó Gran Macina Grand Harbour, signalling the arrival of a new home for visitors seeking a new-world charm in one of Malta’s historical and walled cities, Senglea. Cugó Gran Macina is also the first member of Design Hotels in Malta.

The star-studded opening ceremony was held on the property’s rooftop event venue, The Sheer Bastion, which unfolds breathtaking views along with a sweep of history dating back to the 16th century. IBB Hotel Collection Chairman Sven von der Heyden welcomed the Prime Minister of Malta Dr Joseph Muscat and host of dignitaries from Malta and abroad.

Sven von der Heyden said: “We are honoured to be part of the Macina story, which historically contributed to Senglea’s title ‘Citta’ Invicta’ (Unconquered City). After 40,000 total man hours and a multimillion euro investment on restoration and rehabilitation, it is a great feeling to see such an iconic 16th-century building come to life again for people to experience and be another step closer to being a UNESCO World Heritage Site.”

Vladimir Saal, CEO of IBB Hotel Collection, said: “IBB opened four hotels during the last 12 months, but nothing can be compared to the passion and the attention to detail that was necessary for the opening of this new gem of our hotel collection. We are very proud of the transformation process of this important development project at Grand Harbour. Now we can fully concentrate on the opening of our new IBB Hotel Valletta Merkanti adjacent to Suq tal-Belt.” 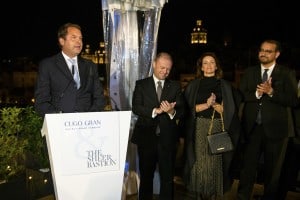 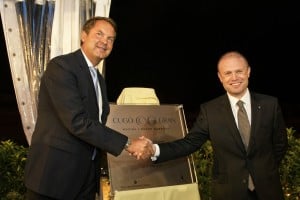 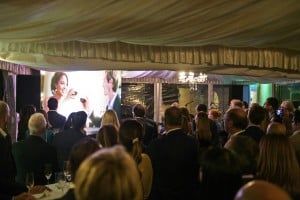 Built in 1554, during the reign of Grand Master Claude de la Sengle, Macina has been one of the Grand Harbour’s most renowned landmarks, deriving its name ‘Macina’ (originally ‘macchina’) from  the large sheer crane structure, used to hoist  masts and other heavy cargo, which was eventually dismantled during the British period in 1864. Today, the Cugó Gran Macina is aiming high by aspiring to be a landmark of a different class: a luxury boutique accommodation that will be a showpiece on the historic Cottonera seafront.

More than 500 invited guests peered from The Sheer Bastion which features unique panoramic views of Valletta and the Three Cities. The venue is part of the Hammett’s Collection of the eponymous Chris Hammett, a 24-time award winning restaurateur. It can host up to 1,000 guests standing or 300 seated in a spectacular setting and is likely to become Malta’s foremost destination for corporate meetings, weddings, and other celebrations.

Guests also experienced the history and transformation of the building via short films. A celebratory plaque was unveiled by the Prime Minister in the presence of Chairman, CEO and other senior IBB officials.

IBB Hotel Collection is a subsidiary of Von der Heyden Group, a Valletta-based real estate development, investment and group of hotels, with special interest in redevelopment projects. Currently operating 11 hotels in Germany, Poland and Spain, the hotel collection has ambitious growth plans for the upcoming years.