The signature musical tunes of the marching band accompanied by colourful fireworks were the highlights of the summer party organised by Casa Antonia for its residents, their family and friends.

Decorated with traditional pavaljuni and bandalori, the usually tranquil and serene pool area within the residential home in Balzan was transformed into a typical Maltese square one finds during the village feast. 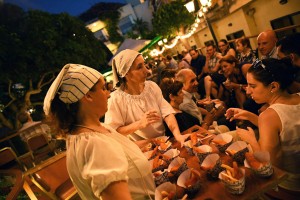 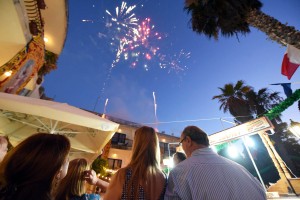 As no traditional Maltese village feast would be complete without food, Casa Antonia organised food stalls offering those food items one would find in a feast ambience. Mouth-watering items included ħobż biż-żejt, pastizzi, qassatat, hot dogs and even rabbit stew. Those opting for the sweeter side of life were treated to a delectable selection of imqaret, qagħaq tal-għasel, krustini tar-raħal, and nougat (qubbajt). Keeping in theme with the event, the serving staff were dressed traditional Maltese costumes.
Further information about Casa Antonia Nursing and Residential Home can be obtained by calling telephone no (+356) 2149 6277, email info@casa-antonia.com.mt, or by visiting the website: www.casa-antonia.com.mt