You are here: Home » Sunday Opinion » The curious case of Manila Bottone

This article first appeared in the Sunday edition of Malta Today

Up until this week, I had never heard the name Manila Bottone and I had no idea who she was. I don’t make a habit of listening to the political party radio stations because I find they are detrimental to my health, and my sanity.

But one of the advantages of having a wide spectrum of people on my FB list is that I quickly find out what is going on across the partisan divide from my newsfeed and it was relatively easy to piece the story together. 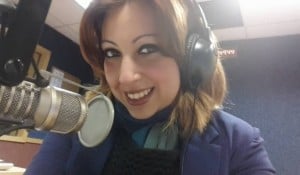 From what I have learned, Ms Bottone was up until very recently a very enthusiastic presenter on Radio 101, and one of its most vociferous new faces (or rather, voices). At one time she was even dubbed “The Voice of Radio 101”. She had been filling in for David Thake during the time the party decided that his show was giving him an unfair advantage as a party candidate, and he was forced to take his programme on to the internet instead, via Switch radio. When Thake was brought back after faithful listeners complained, he was given his previous time slot once again.

At one point, as far as I can gather, Ms Bottone left the station and went on Switch radio, but then went back to Radio 101. On Thursday however, all hell proverbially broke loose at the news that Manila Bottone, one of the PN’s most fervent activists, had done the unthinkable. She had crossed over to the Labour Party, and went so far as posting a photo of herself with Joseph Muscat with the succinct and (given the circumstances) rather cheeky words, “Grazzi Prim, Grazzi Glenn” (Thank you PM, thank you Glenn”).

To say Nationalist supporters were flabbergasted is an understatement.

The Glenn in question, is of course, none other than Glenn Bedingfield, the PM’s communications consultant based at Castille, who also runs a political blog. The same Bedingfield who up until very recently was tearing Manila to pieces on his blog. Not to be outdone, Manila, until very recently was also tearing the Labour party to pieces on the airwaves, and yet here she was, full of smiles, with her new BFF, Joseph Muscat.

No wonder PN voters spent most of day on Thursday asking each other in shocked disbelief whether this turn of events could possibly be true, or whether someone had simply played a cruel joke on them. Alas, it was true. And coming hot on the heels of (former PN Executive Council member) Jean Claude Micallef’s ‘conversion’ it was almost too much for some people to take. While there were those who spent the day calling Ms Bottone every name under the sun and bombarding her FB page with insults, others kept asking why all this was happening and pointing out that “something is very wrong” with the party for stalwarts to be leaving at this rate.

Of course, this is not a new occurrence which is just happening now. This kind of “crossing over” has happened before, and in the past it used to be staunch Labour activists who threw in the towel and joined forces with the PN, the most famous one probably being Eileen Montesin. She went from rallying the troops at Labour meetings to interviewing (then PM) Eddie Fenech Adami about EU membership and moving abruptly from Super One to Radio 101, where she is still today.

The reason behind these moves can be attributed to a myriad of factors: the most common one being mentioned is that they are “following the money” (which, given the PN’s financial dire straits seems to indicate that Ms Bottone was either not being paid or that she will now be paid more). The immediate conclusion, however, is usually that these are “opportunists” who see which way the wind is blowing and jump ship, preferring to take their chances on the horse which is most likely to win. I also saw a lot of comments hinting that the PN “does not take care of its own” which could mean a number of things. Either way, it does not bode well for the Nationalist party because it seems to indicate that even party insiders have no faith that the Opposition Leader Simon Busuttil can lead them to victory.

Whatever the reason behind it, what does hold a great deal of fascination for me about those who cross from one side to another is that I simply cannot understand how they can do it. How can you be shouting yourself hoarse and dragging political adversaries through the mud one minute, and then go over with a skip and a hop as blithely as can be to shake their hand and take your place beside them, ready to launch into verbal missiles against the very political party you used to militate in? This is not your Average Joe or Josephine who are quietly at home, weighing the pros and cons of the two parties and deciding that next time they are going to vote for Party X rather than Party Y. Those are easier to understand especially if their party has not lived up to their expectations. On the other hand, people like Manila Bottone are very high profile and are synonymous with either PN or Labour, achieving quite a lot of popularity through their respective partisan media. They whip supporters up into a frenzy, egging them on if need be with vitriol and colourful adjectives against the other side, to get the blood pumping and the necessary amount of enthusiasm required so that hope will spread that yes, it is possible to win again.

And then, just like that, with almost a snap of their fingers, they do a 180 degree turn and the party which used to be so horrible and nasty suddenly becomes their new ‘home’ and newfound slogans suddenly become their new mantra. It always astonishes me that those who have turned end up being even more harshly militant than those who have always been with the party, almost as if they are over-compensating. It really is quite a remarkable ability – I for sure, could never do it because I would feel like the world’s worst hypocrite. I always think they must have quite a strong constitution to withstand the inevitable verbal onslaught which follows. They also must have a complete lack of shame (to me, the embarrassment I would feel at reneging on what I had said previously would be mortifying and I would probably never leave the house again).

But then again, no one who is in politics is still there because they have a thin skin. More like a rhinoceros hide, if you ask me.

On the other hand, while on the face of it these desertions from the PN over to Labour might be giving the latter a boost, I’m not too sure they should be patting themselves on the back too quickly. Labour supporters have been quick to point out that those who discard their principles so readily are hardly to be trusted. There is also the always present possibility of building resentment as lifelong PL voters take a look at these Johnny-come-latelys and ask why they are being given so much importance and attention while their loyalty is being taken for granted. Then, of course, you have that little thing known as payback, because if the Labour party manages to win again, guess who will be at the head of the line demanding they be given “something”?

So, while the curious case of Manila Bottone is probably not that curious after all and will certainly not be the last of its kind, it still makes me wonder how many of those who militate so fervently in political parties really believe in their cause. Or are they simply hedging their bets, weighing the outcome of the election and making their calculated plans to jump at the opportune time?