You are here: Home » Hot Topics » “Only the little people pay taxes”

Many of you will probably have recognized that quote.

It was uttered by Leona Helmsley, a wealthy American businesswoman, notorious for her tyrannical behaviour who, while serving her sentence under house arrest for failing to pay her taxes, was overheard by a housekeeper mouthing that now famous phrase. Understandably, when the expression came to the public’s attention during the housekeeper’s testimony in court, it caused an uproar. It is one thing to be mean as Leona reportedly was (mean as in cruel, but also mean as in miserly) but it is even worse when you high-handedly flaunt your unwillingness to pay your dues like everybody else, because you consider yourself so untouchable that paying such a mundane thing as taxes is simply beneath you.

It was that quote which came to mind as I read about the Paradise Papers. While those evading tax were not flaunting the fact, and in fact had gone to great trouble to hide what they were doing, the thinking behind it, remains basically the same as that of Mrs Helmsley: paying taxes is for the little people. 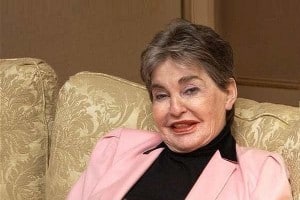 The Panama Papers had already opened the lid on what was going on, letting us know that there are ways and means for politicians, like our own Konrad Mizzi, to try and hide their money. Despite the scandal, he was allowed to contest, was re-elected and God bless, was handed a Ministry anyway. Now with the Paradise Papers, we have learned that even the obscenely rich have been doing the same. Everyone from Bono to the Queen seem to be implicated in this latest leak of documents. Tax havens, offshore accounts, call them what you will, the ultimate aim is the same: a means to prevent the tax man from getting a hand on their money, by banking it in overseas jurisdictions in what have been described as “aggressive tax avoidance schemes”.

As reported by the BBC: “Many of the stories focus on how politicians, multinationals, celebrities and high-net-worth individuals use complex structures of trusts, foundations and shell companies to protect their cash from tax officials or hide their dealings behind a veil of secrecy.”

Some of those companies are based in Malta (which offers a very favourable 5% tax rate) and are all perfectly legitimate. Bono was among those who used a Malta-based company in 2005 to invest in a Lithuanian shopping centre.

Powerful Swedish financier Christer Gardell has also been reported to have placed a substantial amount of his private assets in Malta-based holding companies. “All my income and assets are openly [declared] in Malta, and they are being taxed where they should be. I am not hiding anything, and I’m following the legislation and rules that apply in Sweden and the rest of the EU,” Gardell said.

The problem is that these wealthy individuals are not paying what would amount to more hefty tax in their country of residence, which is effectively money which that country has lost from its own coffers. And, of course, the possibility of money-laundering is always present.

But it’s not just offshore accounts which are the problem. This week I read about a court case involving a bill for €700,000 in VAT which has been pending since 2005 and which is owed by the director of the now defunct supermarket Price Club. Did he eventually pay it, I hear you ask? Don’t be silly, you “little people”. According to the report by TVM: “Mr Gauci said he had never been informed of this payment and maintained that he had been denied the right to a fair hearing, while explaining that the official letter had been sent after the liquidation of Price Club and thus, financial responsibilities rested with the liquidator.
When handing down the sentence, Judge Silvio Meli considered that Mr Gauci had not been granted the possibility to examine and contest the estimate issued by the VAT department and that the notice received by Mr Gauci on behalf of Price Club was invalid.”

Now, while legally Mr Gauci may have been within his rights to get off on a technicality, I wonder how many of you reading this who always pay your VAT promptly when it is due, would ever dream of accumulating that amount of unpaid VAT in the first place? Would us normal folk have even been allowed by the VAT Department to get away with owing even a fraction of that amount? Not on your nelly.

This culture of tax avoidance by the rich is effectively telling us ‘little people’ to keep on slogging away at our normal jobs, for 40 or more hours a week, for which we are paid average salaries. Then, when we receive that envelope from the Inland Revenue Department, we need to be sure to fill it in diligently and cough up what we owe.

In this upside down world we are living in, the rich get away with not paying, while those at the bottom of the scale have to pay every red cent.