The second edition of the Valletta Film Festival (VFF), organised by the Film Grain Foundation, will take place between the 3rd and 11th June 2016.

“Following the success of the first edition, this year, VFF will include more films, more events and a new sidebar section entitled ‘Teens Only’, showcasing films for teenagers from the ages of 13-18,” Oliver Mallia, one of the directors of the Festival said.

Opening night will be held at Pjazza Teatru Rjal, with the premier of Inhebbek Hedi, a Tunisian film by Mohammed Ben Attia. At the ceremony, the two main actors of the film, Majd Mastoura, winner of Best Actor at the 66th International Berlin Film Festival, and Rym Ben Messaoud, will be present to launch proceedings.

One of the highlights of this year is special guest Sir Alan Parker, the director of Midnight Express, Evita and The Life of David Gale. He will be present in Malta to celebrate Valletta’s 450th anniversary and its links to cinema at a special screening of Midnight Express on Saturday 4th June at Fort St Elmo, the location where the film was shot.

VFF will also include Masterclasses on ‘Directing Actors’ and ‘Writing the Short Film’, as well as the Conference of Small Nations, which are supported by the Malta Film Commission.

More details of the various sections can be found below.

Without Borders is a curated, non-competitive section of Valletta Film Festival, focusing on the cinema of a particular region of the world. This year, VFF will transport audiences to the Middle East to experience the love, laughter and soul of a region many know solely through the tragic events in the news.

Israeli-Palestinian musical drama, Junction 48, winner of Berlin’s prestigious Panorama Audience Award and Tribeca’s Best International Narrative Feature 2016 (announced by the Tribeca jury only last Saturday), is a love story between two Palestinian hip-hop artists who use music to fight oppression. The power of passion is also the focus of Sandstorm, winner of this year’s Grand Jury Prize at the Sundance Film Festival which introduces us to Layla and her mother, Jalila, trapped within the constraints of their society and the orbit of the men they love and resent.

The landscape of love (and football) fills the cinema screen in El Clásico, from Iraqi-Kurdish director Halkawt Mustafa and winner of Best Cinematography in the International Feature Film competition at Tribeca. Alan is a man desperately in love with his girlfriend Gona. He embarks on a dangerous road-trip all the way from Iraqi-Kurdistan to Spain, to meet Cristiano Ronaldo and win over Gona’s father, who is a true Real Madrid fan 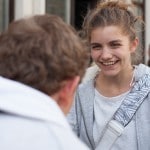 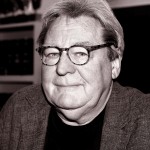 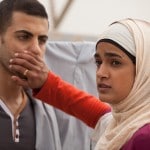 Saudi Arabian romantic comedy Barakah Meets Barakah is a rare cinematic export from a country where cinema screenings have been officially banned since 1979. It playfully uses genre conventions to tell a boy-dates-girl story set in a country with strict rules of how men and women should interact. Similar rules also impinge on the lives of the characters in the Lebanese film Halal Love (And Sex), an entertaining bedroom farce set in a strict Muslim world.

The soul of the Middle East beats in the heart of the Egyptian In the Last Days of the City, helmed by director Tamer El Said and starring The Kite Runner’s Khalid Abdalla. Four friends from Egypt, Lebanon and Iraq meet in Cairo to examine the role they play, as filmmakers, in representing their cities to the world.
The Iranian noir ghost-story A Dragon Arrives! by Mani Haghighi, selected to compete for the Golden Bear at this year’s 66th International Berlin Film Festival, completes the selection. Innovative filmmaking at its best, A Dragon Arrives! is an entertaining, madcap fantasy and a high-end brainteaser: when detective Babak Hafizi arrives on the surreal desert island of Qeshm, in his bright-orange Impala, he must find the truth deep in the annals of a haunted cemetery.

Teens Only
Teens Only is a new competitive section consisting of five coming-of-age pictures with themes related to young audiences, particularly teens between the ages of 13 and 18.
Each of the five films selected touch upon the trials of growing up, particularly relevant to young people across the world: teen pregnancy, discovering new friendships, first loves and how peer pressure on social media damages and pushes young people into behaving and acting beyond sexual stereotypes. Other issues explored within our selected films address gender barriers and the breaking through of conventional restrictions.
We believe that seeing how the new generation of teens around the world deal with the difficult challenges of growing up in this social media age, with its emphasis on technology and popular culture, will strike a note of recognition and be important, relevant and exciting viewing for our young people at this year’s Teens Only screenings.
The introduction of this section will help create a bridge between filmmakers and young audiences and will serve as a platform for discussions on subjects of interest to young people. Audiences attending screenings in this section will be invited to vote for the TRITON TEENS CHOICE AWARD that will be announced during the closing ceremony of the film festival on Saturday 11th June 2016.

River islands, artificial islands, islets, skerries, cays, sub-continental lands, continental islands, archipelagos, oceanic islands… the curated VFF section entitled Islanders celebrates the cinema from and about islands, taking us around the world via the many waters of the earth.

In 2016, VFF’s Islanders will take us on a journey from Thailand to Columbia through Vanuatu, Iceland, Lampedusa and Majorca.

Starting off close to home, in Lampedusa, is the winner of this year’s Golden Bear at the Berlin Film Festival, Gianfranco Rosi’s Fuoccoammare which confronts the life threatening fate of migrants and refugees crossing the Mediterranean to the innocent everyday life of a young island boy.

Moving on to Thailand, Pimpaka Towira’s The Island Funeral is rich with mesmerizing imagery and witty subversion of genre-cinema iconography (from road movies, paranormal thrillers and documentaries). It packs a powerful political punch towards the increasingly draconian social control of Thai society.

Based on a true story, Martin Butler’s and Bentley Dean’s Tanna puts the remote pacific ocean Yakel tribe and their ancestral tradition in the spotlight. Moreover, Rúnar Rúnarsson’s San Sebastian’s winner Sparrows bridges onto our teens section with a sex, drug and alcohol coming-of-age story set against the backdrop of the most remote corners in Iceland.