Last month, the President of Malta, HE Marie-Louise Coleiro Preca, hosted a roundtable forum for the media at San Anton Palace, Attard, in preparation for the National Conference with the theme ‘CSR: business, journalism and society’, which is to be held on Wednesday, 7 November 2018 between 2.30 and 6.30 p.m. at the same venue.

President Coleiro Preca emphasised the role that journalists have in helping local businesses to embrace the sense of corporate social responsibility (CSR) in its totality and diversity. She said the Conference, being organised by the Tumas Fenech Foundation for Education in Journalism (FTFEĠ), in collaboration with the President’s Foundation for the Wellbeing of Society (PFWS), will be tasked with proposing recommendations and with fostering greater commitment so that journalists would underline the educational aspect of CSR not just in the activity of business in dealing with the citizen, but also for the benefit of the country at large.

The media are an essential pillar of democracy and, after hearing the contributions from those present at the Conference, the President was confident that a way forward would develop and be sustained.

The PFWS was one of the prime motivators of the Conference since last year it hosted a high executive responsible for CSR from a multinational company in Europe at an event at San Anton Palace.

CSR has so many facets, with the President having set up the CORE (Corporate Citizenship for Responsible Enterprise) Platform in 2015 to involve the business community in this endeavour. This covers philanthropy, culture, the environment (including water use reduction and waste management) and dignified working conditions, among others. 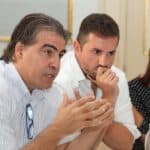 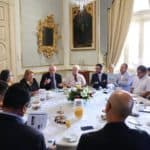 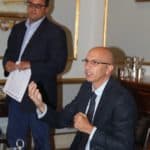 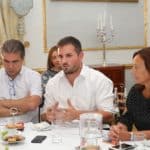 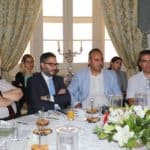 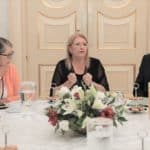 President Coleiro Preca quoted a recent survey on CSR initiatives that showed that 88% of companies were engaged in CSR, with 79% putting CSR into practice and being fully aware that their contribution mattered.

All this fits in with the United Nations 2030 Sustainable Development Goals – all 17 SDGs with 169 targets. This is an area where all media houses and journalists should act in synergy, giving visibility to those whose example deserved to be followed.

President Emeritus Dr Ugo Mifsud Bonnici, who chairs the FTFEĠ, dwelled on the obligation every citizen has towards society. Since companies are also made up of citizens, the obligation extended also to companies. “We are all taking from society, but we all have an obligation to give something back,” he said.

“The Tumas Fenech Foundation for Education in Journalism was a prime example of this,” he pointed out. Companies’ obligations can be both positive and negative: seeking not to damage the environment actively, but also seeking not to cause harm through pollution and other negative activity, or repairing the harm caused in the past.

PFWS CEO Dr Ruth Farrugia said that this roundtable forum for the media indicated the importance the President was placing on this subject. CSR was not just for big companies, but also for those which are small and medium-sized. She urged editors and journalists to help NGOs by giving them space in their media and helping them, in practice, to get their message across.

BirdLife Malta were invited to present a case study of how this organisation interacts with the media. The discussion was very open and kept off record.  Further details on the Conference, including the programme and speaker profiles, may be found on the Facebook event page ‘CSR: business, journalism and society’.