You are here: Home » Events » National Conference for the Media and NGOs on Corporate Social Responsibility

The Tumas Fenech Foundation for Education in Journalism (FTFEĠ), in association with the President’s Foundation for the Wellbeing of Society (PFWS), is organising a National Conference on ‘CSR: business, journalism and society’, on Wednesday, 7 November 2018 at San Anton Palace, Attard, between 14:30 and 18:30 hrs.

The Conference, which is being held under the distinguished patronage of the President of Malta, HE Marie Louise Coleiro Preca, is aimed at journalists, other members of the media, members of non-governmental organisations and corporate executives involved in decisions on corporate social responsibility and should prove to be an opportunity for debate and the imparting of information about the latest CSR initiatives. 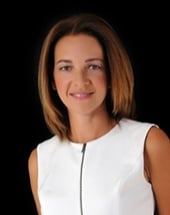 The Hon. Chris Fearne has worked as a doctor and surgeon for the past 30 years. He was a founding director of the Malta Institute for Medical Education and chaired Celebrities for Kids, a voluntary NGO promoting children’s rights. As a student, Dr Fearne was involved in a number of youth organisations. He served as Secretary General of the Maltese Federation of Youth Organisations, officer within the University Students’ Council, KSU, and in the Malta Medical Students’ Association, MMSA.

Mr Neves, who hails from Portugal, has had an international career in telecommunications, spanning many decades, with a focus on corporate sustainability. He has chaired and acted as an expert on a number of international working groups and has been on the board of GeSI since 2006. His career has included working for Marconi (today Portugal Telecom) and Deutsche Telekom.

Ms Rosario currently works to expand the visibility of the Wyndham brand through its mission of ‘Traveling Together for a Better World’. Prior to her appointment at Wyndham, she was the executive director of the ZAC Foundation, an organisation dedicated to the global issue of water safety. She also served as the director of Philanthropy at American Express.

The FTFEĠ, which was established following the demise of Mr Tumas Fenech, founder of the Tumas Group, has been working under the chairmanship of President Emeritus Dr Ugo Mifsud Bonnici for almost two decades. Its major focus is media education, and among its major achievements was the prompting of the establishment of the BA Journalism Course at MCAST. It regularly holds seminars, conferences and targeted sessions of benefit to the local media.

The PFWS was established by HE Marie Louise Coleiro Preca to work on initiatives to help social inclusion and living standards. It recognises inter-personal relationships as the fundamental structure for human wellbeing, upholds the uniqueness of each individual, community, society and country, and seeks to foster a democratic participatory framework and innovation to inspire people, stimulating imagination and creativity for the betterment of society.

Should you wish to register for the Conference, you are kindly requested to send an e-mail to HYPERLINK “mailto:pfws.opr@gov.mt” pfws.opr@gov.mt