The Mdina Cathedral Contemporary Art Biennale, which is a rebirth of the previous Biennales with the theme Christianity, Spirituality and the Other, this time supported by APS Bank as main partner, will break new grounds with international brand names in the visual and performing arts.

A special highlight of the Biennale is a private collection of well-known Italian playwright and Nobel Prize winner for Literature Dario Fo (pictured above), currently held by Dr Giuseppe Schembri-Bonaci who is the artistic director of this first edition of the new version of the Mdina Biennale. Thanks to Dr Schembri-Bonaci’s long friendship with Fo, Biennale visitors will be able to see up, close and personal some of the finest works and the multi-faceted personality of the great 1926-born artist – whose talent changes stage according to his mood, from writing plays, to being an actor, a director, a painter and also sometimes a controversial opinion-leader who will never bother to mince his words.

The Mdina Cathedral Contemporary Art Biennale will be held in various historical places in Mdina, with the main accent being on the St Paul’s Cathedral, between November 13 and January 7.
For those who are familiar, or less familiar, with Fo, it would be interesting to see other aspects of his talent as a painter, illustrator and satirical artist through his hands-on prints. Very few people in fact know that Fo, before discovering his vocation for theatre and literature, completed his studies with huge success at the Brera Academy and the Politecnico di Milano.

The revamped version of the Biennale will surely be one of the most important occasions in Malta to create a platform for a cultural exchange between the public and different artists, coming from different geographical, cultural and artistic backgrounds of international recognition. 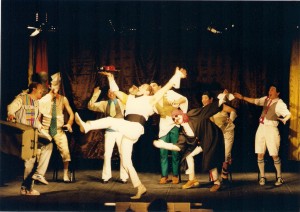 Thanks to the long-standing friendship with Dr Schembri-Bonaci, Fo accepted to participate at the Biennale with 27 prints which he personally passed on to the artistic director, some of which even carrying a personal note. The works will be perfectly integrated within the theme of spirituality suggested for the Biennale. Some of the works were created over a period of 30 years, the same years in which his most famous works in literature and political satire were taking shape.

Dr Schembri-Bonaci has both studied and worked with Fo and his wife Franca Rame. In fact, he also translated and directed his Mistero Buffo in Maltese. An ghana version of the same was produced with with Karmenu l-Bahri. Dr Schembri-Bonaci directed quite a few of Fo’s works at the Simonov Theatre in Moscow. 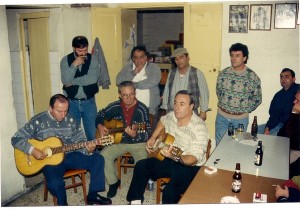 Fo will always be remembered for his strength to disseminate culture; his innate talent as an extraordinary storyteller helped people to understand the big names in Italian literature and the arts, such as Michelangelo and Giotto. His portrait of them has been so incisive and contemporary that he presented them in an incredibly close and human manner to appear still alive. His ability to narrate, doing away with the typical bombastic style, was the secret of his success. The same approach can be found in his paintings and drawings.
For more information about the Mdina Biennale, visit mdinabiennale.org.