The HSBC Water Programme – Catch the Drop celebrated the World Water Day with a series of week-long activities designed to promote the conservation of our planet’s most important resource.
The first event was the opening of an exhibition of art works by students attending Church schools. All of the 46 artworks on display focused on the importance of water and its preservation. Altogether, a total of 12 Church schools participated.
Scores of families and visitors had the opportunity to visit the Water Services Corporation, which threw open its doors to the general public during an open weekend organised by HSBC Water Programme – Catch the Drop, the Sustainable Energy and Water Conservation Unit (SEWCU), and a range of partners.
Emerging talent was on display also at the Presidential Palace in Valletta, where President of Malta H.E. Marie-Louise Coleiro Preca inaugurated an art exhibition about water, amidst song and dance performances by students from St Ignatius College. This is the second year in a row for the HSBC Water Programme – Catch the Drop and St Ignatius College to collaborate on the campaign. Artwork from the exhibition at the Presidential Palace during last year’s World Water Day Week attracted considerable interest during auctioning both in Malta and abroad. Proceeds from the sales of artwork last year were forwarded to the Malta Community Chest Fund.
Meanwhile, hundreds of secondary school students from 23 State, Church, and independent schools participated in a day-long quiz held at the InterContinental, St Julian’s. The school teams were comprised of 10 students each who vied to answer all 30 questions correctly. In the end, St Theresa College Secondary School Mrieħel emerged as the overall winner. 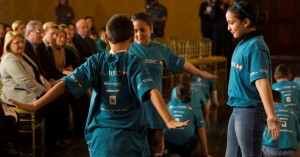 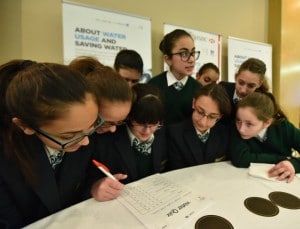 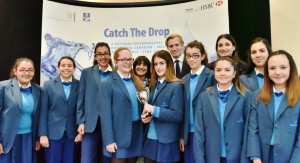 Students also benefited from a number of side events, including information booths, the launch of a water-themed comic book, and presentations by HSBC Malta staff members who have recently returned from an educational trip to Ghana, where HSBC and global NGO WaterAid are working to provide access to clean water. All participating institutions received educational material and pop-up banners to be used at school level.
The HSBC Water Programme – Catch the Drop is the largest ever campaign of its kind in Malta and aims to forge a blueprint for progress on sustainability of water as a resource. It intends to reach 50,000 students in Malta and Gozo during its lifespan of three years, 2013-2016. The campaign forms part of the global HSBC Water, which is a five year, US$100m partnership with Earthwatch, WaterAid and WWF, three NGOs that rank amongst the world’s most respected environmental and sustainable development organisations.

To date, the global HSBC Water Programme has financed 10 projects in 13 countries, with over 179,000 children taking part so far.
In the final activity of the World Water Day Week, held at the Valletta Primary School, the HSBC Water Programme – Catch the Drop announced the names of the project winners for the 2015-16 scholastic year. These featured schools, local councils and NGOs. The choice of Valletta Primary was all the more poignant as the School has won project funding in each of the three cycles. Minister for Education Evarist Bartolo and HSBC Malta CEO Andrew Beane together unveiled a plaque to mark the water conservation projects at Valletta Primary.